Andean peaks founded in 2010 by two brothers mountain guides certified by the international union of mountain guides (UIAGM/IFMGA/AGMP). We are a company focused on the growth and development of tourism, We offer good quality services, with great responsibility and kindness to our clients. We also count on very capable professionals in the field of adventure activities.
Andean Peaks has been accredited by the Tourism Ministry in Peru, and has been licensed by the Peruvian Ministry of Foreign Trade and Tourism under Andean Peaks. As such it has to comply with all the policies and laws that have been enforced for travel agencies. Our company has been registered with the number 20602068324.

Andean Peaks is a mountaineering and expeditions agency run by two brothers: Octavio and Eloy Salazar. Both are fully qualified mountain guides, but they don’t spend all their time showing others the ropes. Whenever they can, the two take on various sporting challenges around the Cordillera. The most intense? Climbing Huantsan.

Nevado Huantsan has never ever been summited. Its weather conditions can change at any moment and the risk of rock fall is higher than one would like. But does this stop the two brothers? Hell no!

So off they set, hoping to become the first Peruvians to climb the great peak. Octavio enjoys climbing for sport, when there are no clients to be responsible for. The two brothers climbed and climbed, putting all their skills into practice. They enjoy it so because they are able to use a wide variety of climbing techniques, from plain simple hiking to hard core ice-climbing, it makes for more of a challenge.

The brothers spent the night sleeping in a small crevice in a vertical cliff, sat with their heads at funny angles. As the sun began to rise, they ventured out of their small cave and had high hopes of summiting. It wasn’t long before they were a mere 200 metres from the top. Imagine being so close to achieving something so great that no one had ever done before.

However, at 200 m, a lot can change, and it did. The clouds came in, the weather took a turn for the worse, and the summit was no longer in their sights. With rock fall a constant danger and their visibility limited, it became a matter of life or death. The choice between summiting the mountain you have yearned to climb your whole life but perhaps doing so without surviving, or making the treacherous journey back down to safety. Andean Peaks always says to its customers, we cannot guarantee a summit, but we can guarantee your safety. And this motto applies to our experienced guides as well. And so with heavy hearts, the Salazars turned back.

Coming so close to making their dream come true, but having to accept defeat and wait to try again another time. The two are now more motivated than ever to reach the top, which they plan to do by scaling a different face of the mountain. We look forward to hearing about their next attempt in the near future, and wish them all the best on this mighty conquest!

Clearly, the mountain guides enjoy a challenge, and this is why Huantsan is their favourite peak. It is even depicted on the Andean Peaks logo. 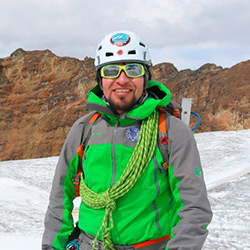 Born and raised in the small village of Yarush in 1987, at the foot of the Cordillera Blanca, his passion for mountains started in his adolescence. In 2003, he developed an interest for rock climbing, together with his brother Eloy.
Octavio obtained his diploma as an “Official High Mountain Guide” in 2009, finishing first of his year group.
He rock climbs and also opens new trails in the Cordillera Blanca as well as internationally. Thanks to his working experience, he can climb most of the mountains within the Cordillera Blanca. 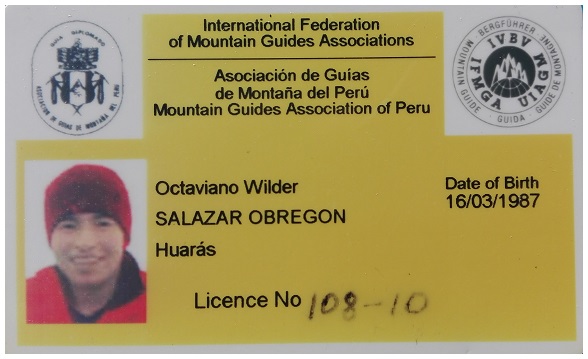 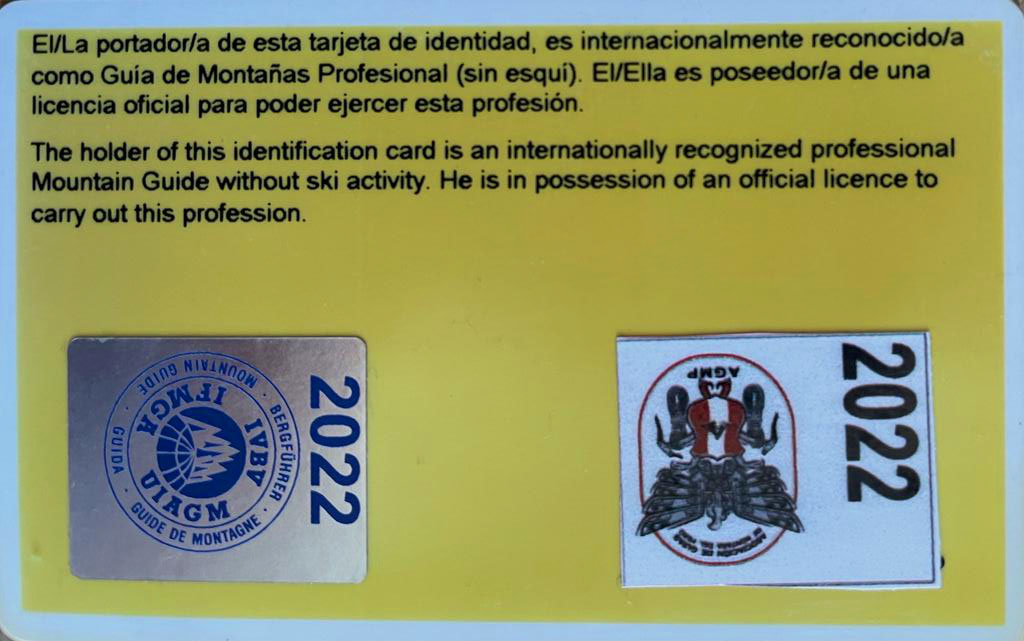 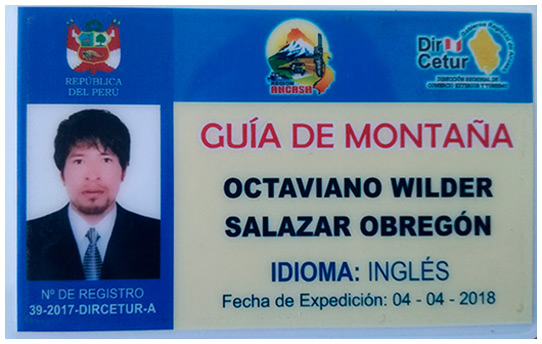 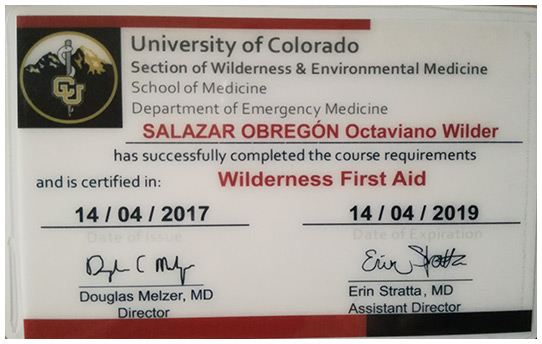 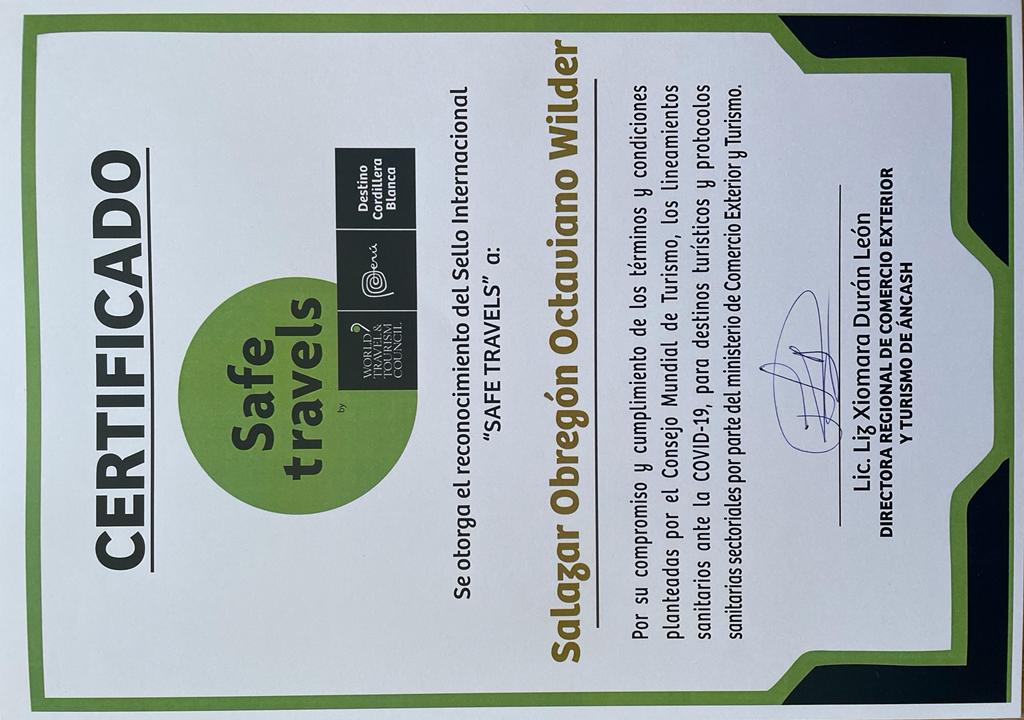 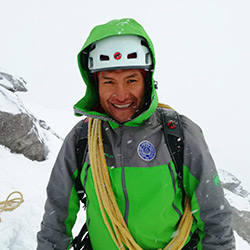 He was born and raised in the small village of Yarush on the outskirts of the city of Huaraz at the foot of the Cordillera Blanca. He studied at the House of Guides Center for High Mountain studies – Huaraz. Eloy has great knowledge in high mountain sports, having started these activities at a young age, following the family tradition of working in this field since the 70´s
He is also a student of the Santiago Antunez de Mayolo University of Sciences (Applied Mathematics).
Together with Joe Simpson and Simon Yates, Eloy participated as a Siula Grande glacier specialist in the 2003 documentary “touching the void” which was shot in the Cordillera Huayhuash. 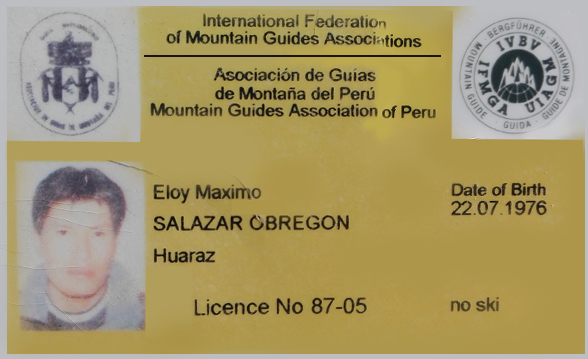 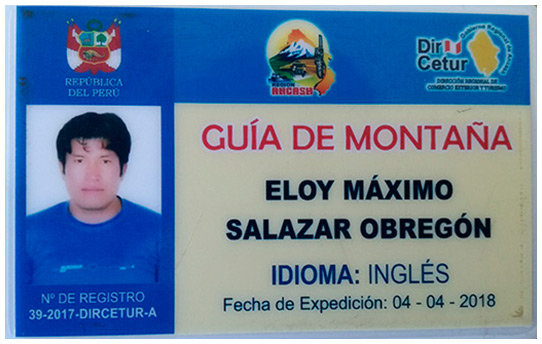 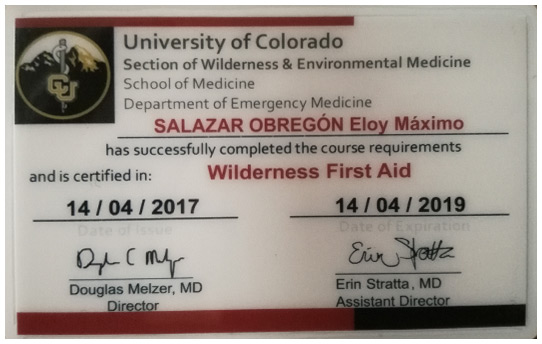 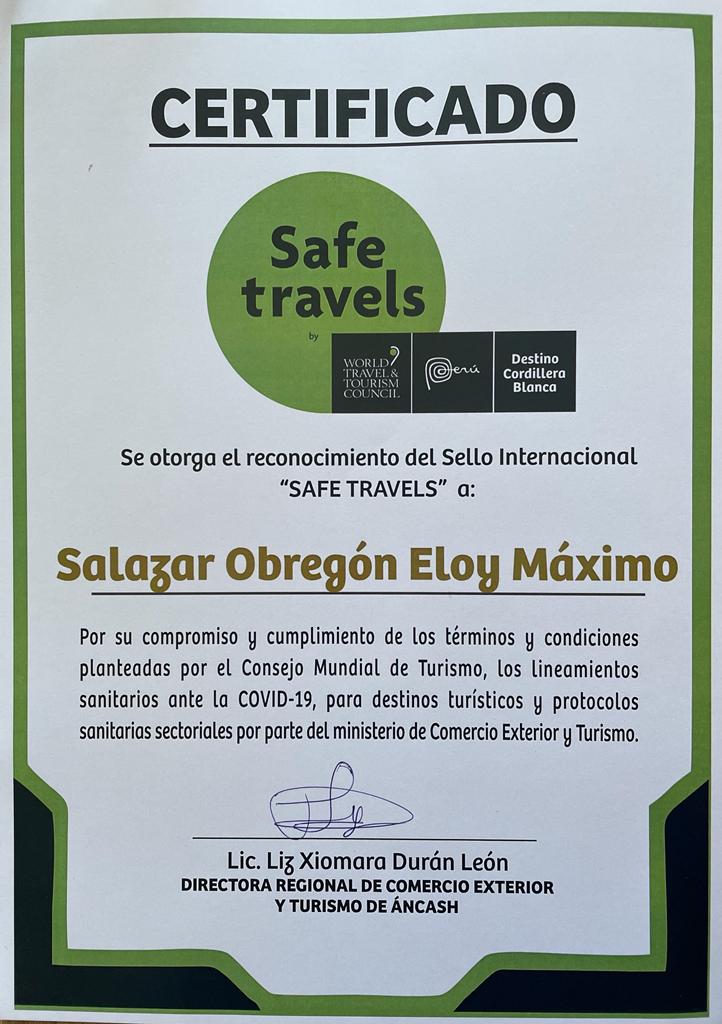 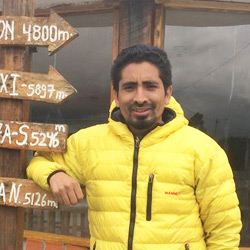 Wilder was born in 1985 in Huaraz, Peru. When he is not working on the computer he rides his mountain bike or takes part in mountain expeditions. He also likes traveling and Rock and roll music. 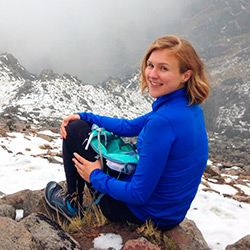 Hilary is a marketing consultant, adventure seeker, and lover of all uphill pursuits. Though she is originally from the United States, she spends most of the year running through the mountains and chasing summits in other corners of the world. 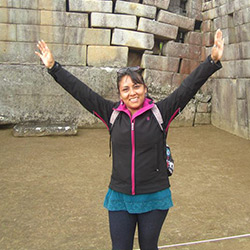 (Travel and logistics / organization in Lima)

She was born in Huancayo, studied administration and marketing in UTP (Technological University of Peru), she currently lives in Lima. 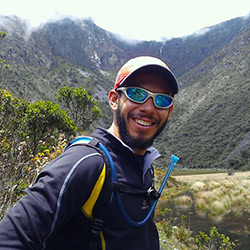 He is mountain guide with 10 years of experience; It has more than 100 ascents through different routes to the main mountains of the Sierra Nevada. He is a bilingual guide (Spanish and English) and forms part of the Venezuelan Association of Instructors and Mountain Guides of AVIGM. Participates actively in the training programs and keeps updated its curriculum in terms of techniques applied to mountaineering, climbing, rescues in verticals, and first aid. He is a very important partner of Andean Peaks 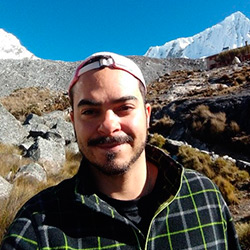 Gustavo is a Civil Engineer, amateur astronomer and a trail and trekking lover, with experience on several trails in Brazil and some in Argentina, Chile and Peru. Nowadays Gustavo is a representavive for Andeans Peaks in Brasil, located in São Paulo city and intermediate the tour packages and expeditions for Andean Peaks. His skills as engineer and amateur astronomer are useful for the enrichment of the experiences to be lived on the expeditions offered by us in the Peruvian Andes. "Nothing compares to experiencing the expeditions offered by Andean Peaks in the White Mountain Range, at high altitude, in places that still are little explored by man and so rich in unique natural beauties, with a night sky that makes us want to touch the stars and with the daily presence of small and graceful wild animals in their natural habitats"
Language: (Portuguese – English - Spanish)
Email:gustavozinn@yahoo.com.br 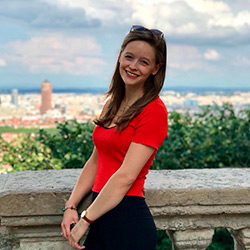 Clare is kind, creative, active, and really loves rock climbing. She is currently studying French, Spanish and Portuguese at the University of Bristol, and has spent the last 6 months working for the Runnin'City app in France, where she was responsible for marketing and translation. She has since moved to Brazil to help with marketing and administration for an NGO, and will be joining Andean Peaks this season 2019 to work with marketing and translation, among other things. 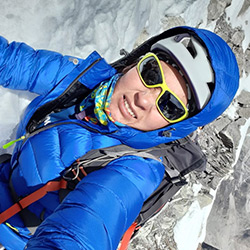 She was born in Yungar, Huaraz. For a few years she has managed to climb several mountains of the Cordillera Blanca and the Cordillera Central,overcoming new challenges that make it grow every day. The passion for summits and mountaineering is reflected in a simple personality, but an intense and captivating mental force. Upon entering the Mountain guides Studies Center of Peru, passing demanding physical and knowledge exams, Malu Espinoza has become the First Peruvian woman to achieve it and now she has her mind set on a new challenge: to become a MOUNTAIN GUIDE 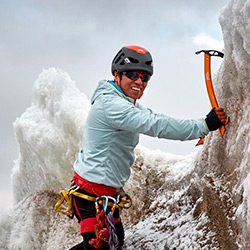 (Travel and logistics / organization in Arequipa)

Our goal is for the visitors of our website to have access to all the information they are looking for, the best tourism services, with the best price and quality.

In the years to come, as the leading enterprise in Peru and South America, we will inform customers on tourism services, elaborating and selling new packages, combining quality, affordable prices, experience and professionalism. In this way, we will be able to achieve customer satisfaction.

We offer good quality services. The guides and staff who work for our firm are all qualified and authorized by the National Ministry of Tourism. 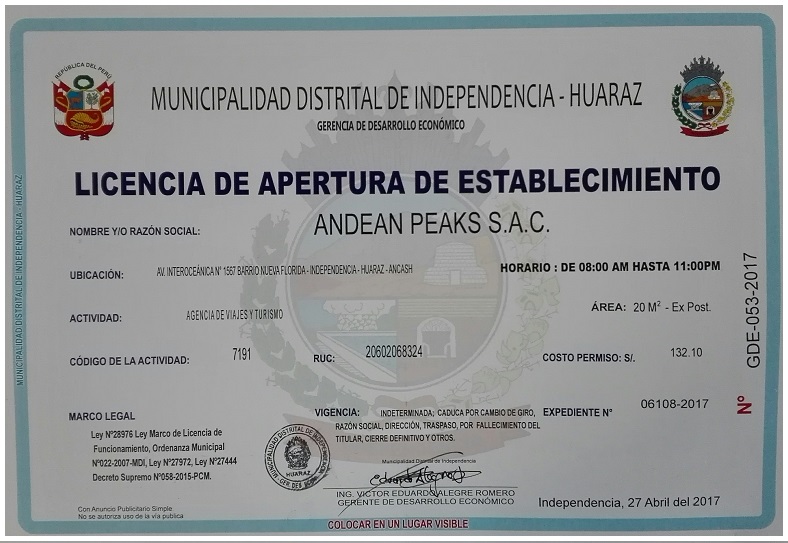 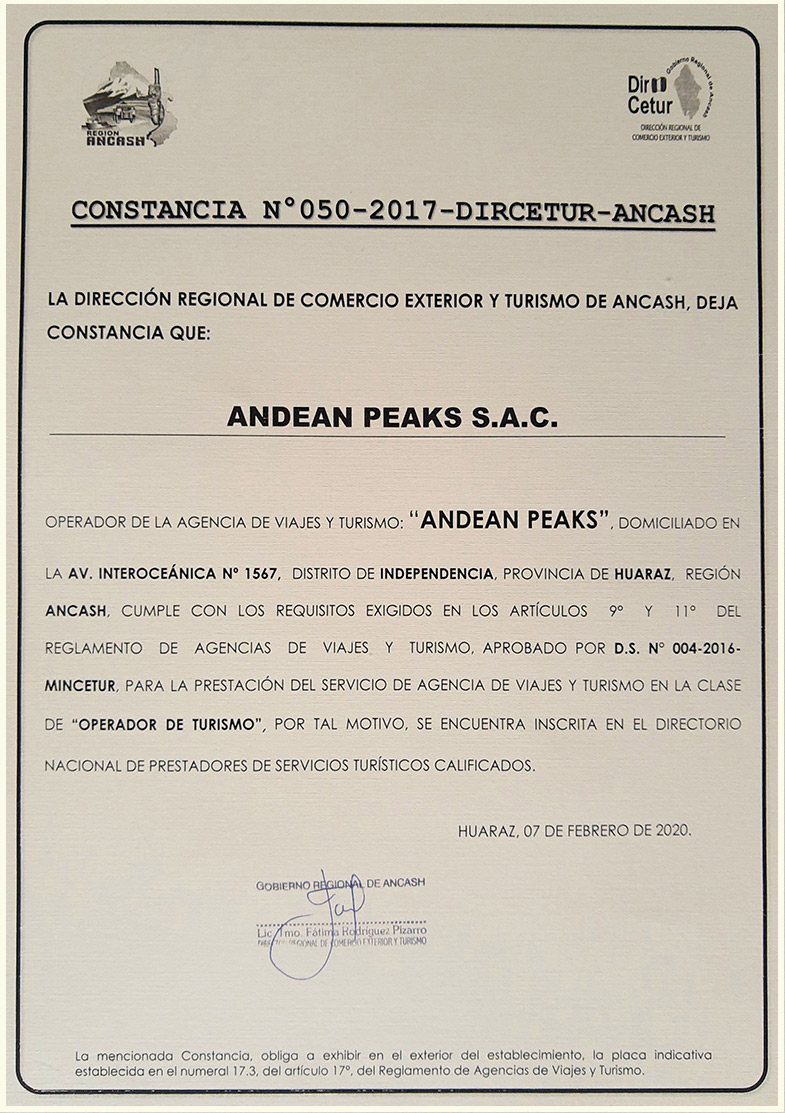 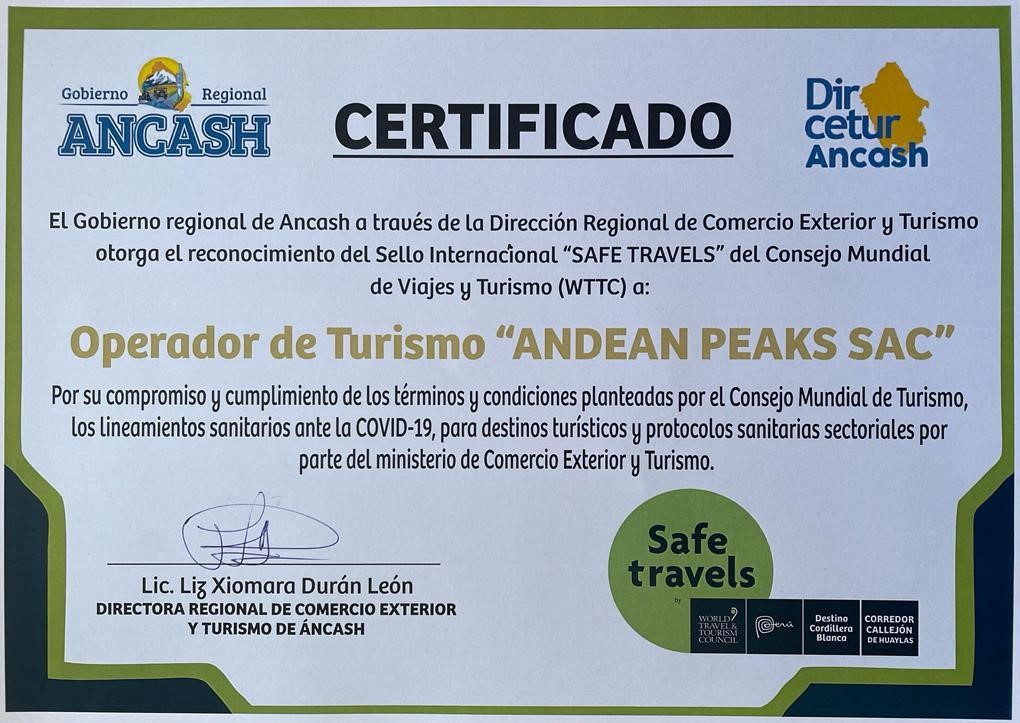 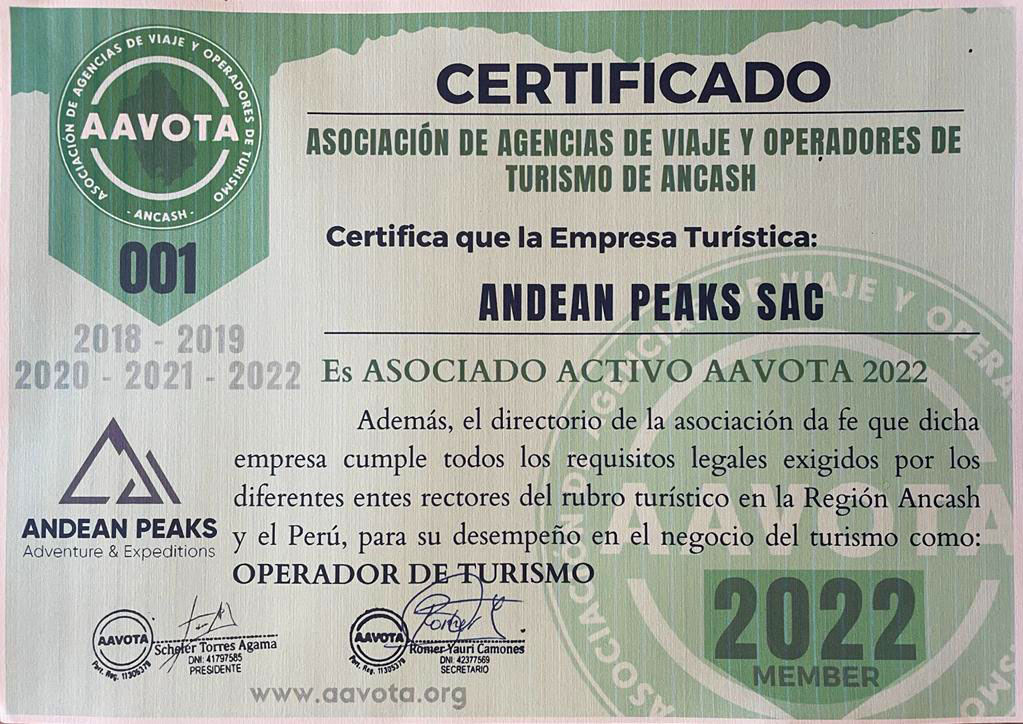 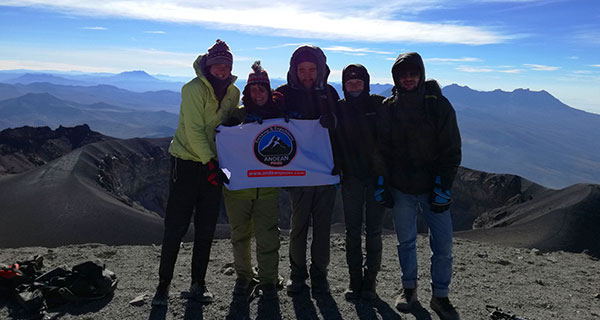 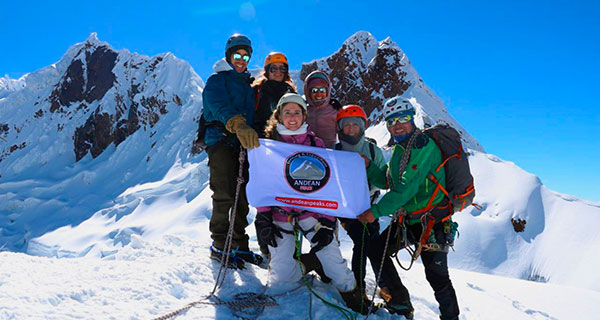